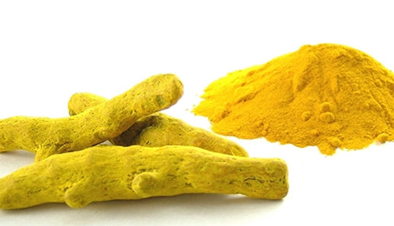 Cultivated in India since ancient time. As early as 3000 BC, the turmeric plants were cultivated by Harappan civilization. Turmeric is also called “the golden spicee” it is one of most essential spice used as an important ingredient in culinary all over the world. Turmeric also Known as curcuma.

It is a native of India. Apart from India, it is cultivated in Pakistan, Malaysia, Myanmar, Vietnam, Thailand, Philippines, Japan, Korea, China, Sri Lanka, Nepal, East & West Africa, South Pacific Islands, Malagasy, Caribbean Islands and Central America. In India, it is cultivated in the States of Andhra Pradesh, Maharashtra, Orissa, Tamil Nadu, Karnataka and Kerala.
Turmeric is used to flavor and to color food stuff. India contributes 87 % of the world’s turmeric export.
It is a principal ingredient in a curry powder. the colour curcumin is extracted is used as a colorant.

Turmeric finger is available in a number of varieties in India and are known as mostly by the name of locality where they are cultivated.
Nizam Grade, Dugirala, Nizam, Salesm Cuddapah, Duggirala.

Turmeric is used as a dye in textile industry. it is used in the preparation of medicinal oils, ointment. It is used in cosmetic. The aqeuous extract has biopestidicial properties. Our quality turmeric caters all international needs regularly.