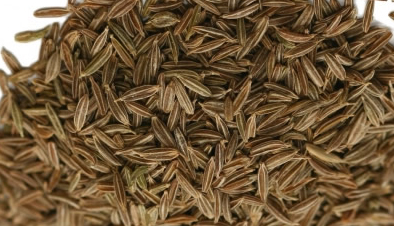 Cumin is indigenous to Northern Egypt, Syria, the Mediterranean region, Iran and India. It is also cultivated in Mexico, China, Sicily and Malta.
Harvest : February

Jeera or cumin seed has a significant demand as a spice all around the globe especially in the places where spicy food is preferred. It is an integral part of the recipes in various cultures. After pepper, jeera is considered to be the most important spice in the world.

Cumin seeds are extensively used in mixed spices and for flavoring curries, soups, sausages, bread and cakes. In herbal medicine, the seeds cumin are considered to be a traditional medicine. It has is classified as stimulant, carminative, and antimicrobial. They are considered beneficial for the digestive system.
It is employed in native dishes of Central and South America. In medicine, it is used as a stimulant, carminative, stomachic and astringent.